My fascination with Africa started early.  One of my first memories as a child is feeding the giraffe at Al Oeming’s Wildlife Park when I was just 3 or 4 years old.  My granddad held me up on his shoulders and the giraffe’s took the food with his long, gravelly, purple tongue.  From that point on I was hooked on African wildlife (with a special spot of course for giraffes).  Through out elementary school I would read any book I found on Africa and I even remember writing stories when in grade 5 or 6 set in Kenya.  I’m not sure why Kenya was always the chosen country in the Dark Continent, but it was always where I thought I needed to go back then. 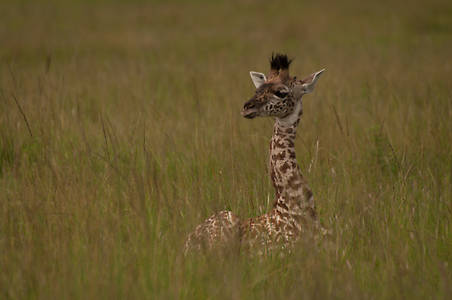 At some point, my dream of going to Africa was briefly forgotten.  In my early 20s, I would scheme up trips to go to San Diego and visit the zoo there again, but that was as ambitious as my travel planning would get until after my first international trip to England & Ireland in 2006.  I came home bit by the travel bug, and considering where the next destination would be.  Internally, I debated Italy, France and elsewhere in Europe until one day I watched The Ghost and the Darkness.  Immediately my childhood dream flooded back to me and I knew I wanted to finally see Africa (without the man-eating lions, of course).

I vividly remember my excitement on arrival to Kenya in August 2007.  I wanted to take a photo of every acacia tree as we drove along, taking shot after shot out the window as we drove along, most of which were doomed to not come out well.  Faring much better were the photos of the first large animal I encountered…Giraffes!

Coming to Kenya was a life-changer.  I had bought my first DSLR camera for that trip, and barely knew what most of the dials did but I was determined to master it on the go.  It was truly the start of my photography hobby. It also changed the way I travelled, as I’ve since preferred to go to the more adventurous travel spots. 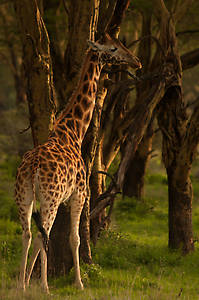 2007 was a big year all around for me though, and when I planned my Africa trip, I could not have guessed that I’d shortly after meet a girl who’d make me miss home the whole time I was overseas.  It was nerve-wracking to leave behind someone who had only just entered my life for 18 days while I went globe-trotting, but I left behind a mix tape and hoped for the best.  Listening to the playlist on my iPod brought me a little closer to home during the trip, and when I got home, Megan surprised me by meeting me at the airport.  The rest is history.

When I left Africa after those first two amazing weeks.  I vowed to come back some day.  I could not have guessed then that I’d return three more times to this continent in the next five years, but I had to show some of the place to Megan, so we traversed the Southwest of the continent in 2009.  Last year, I found a good deal and had to do a quick trip over to Tanzania jut a few months ahead of our wedding.  Each time my enthusiasm for this continent has grown (and the photos have gotten progressively better!)

We returned to Kenya, my third time in this country, last night.  And as we drove away from the airport toward our hotel, there they were on the side of the road to greet us.  Two large shapes in the dark…Giraffes!

Our song, as we start off today on our Kenyan leg of the journey, which will take us to Amboseli National Park, Lake Nakuru National Park and Masai Mara Game Reserve over the next six days, was also the first song on our first travel playlist in 2007.  Enjoy!