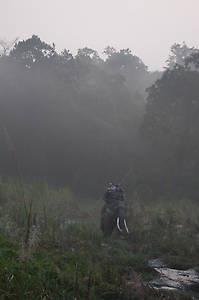 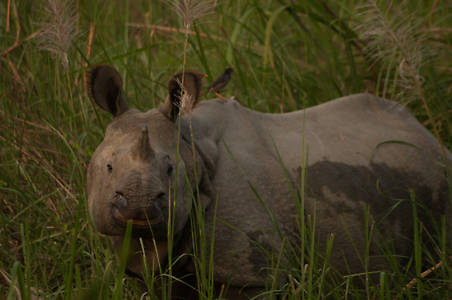 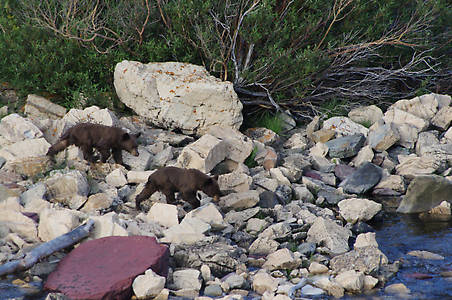 Scrambling across the island

With a long weekend to work with, we jumped in the car and headed for Glacier National Park in Montana with plans to camp, hike and look for wildlife. We were not to be disappointed on the wildlife front. Very shortly after driving in to the Park, we came across our first “bear jam” as cars parked along the road with tourists straining to see a black bear and her cubs. A short while further, we came across another black bear family. Then a grizzly bear and her cub. Then more black bears. The rangers were out, trying in vain to keep people in their cars and with a little more success, from straying from the road. 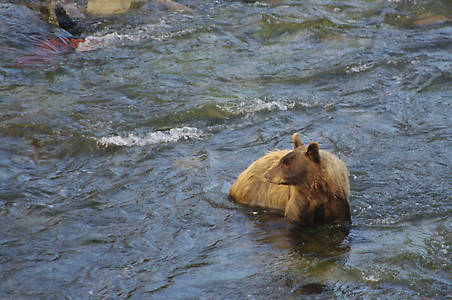 Mama looks back to her cubs

All in all, we’d see 17 bears that day, with the most exciting encounter coming that evening. We were parked near a small waterfall and I scrambled up to the top of a rock ledge to get a better angle. As I got to the top, across the river from me a mother black bear and her cubs came out of the forest. The mother jumped in the river and started swimming across. Safe high up on my ledge, I motioned frantically to Megan to come see, as the mother huffed back at her two babies who still stood on the far shore looking doubtfully at the cold water. After mother’s call, both plunged in and swam across, stopping briefly to scramble across a small (and dry) island along the way. I do question the wisdom of the mother bear’s decision though – while all made it safely to shore, the fast moving current moved the cubs significantly downstream towards another waterfall.

Given the extreme amount of bear activity, we decided in the end that the hiking part of the trip would have to be curtailed. After all, we’d already seen bears as close as we needed to! 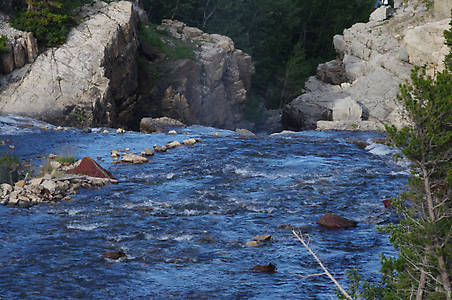 A little too close to the falls! 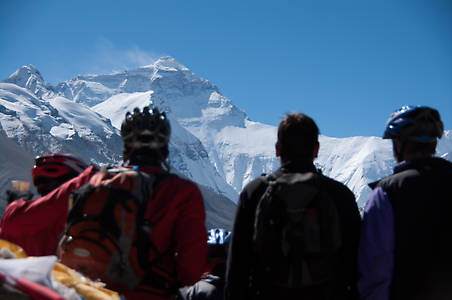 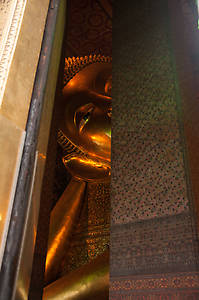 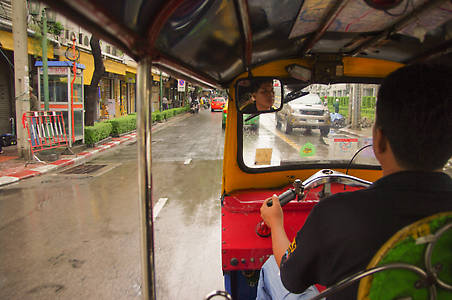 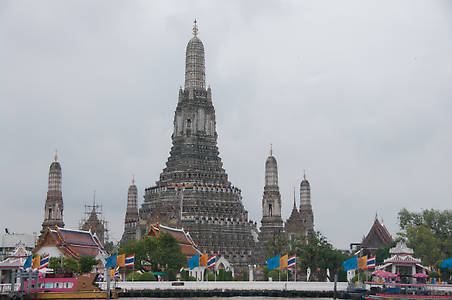 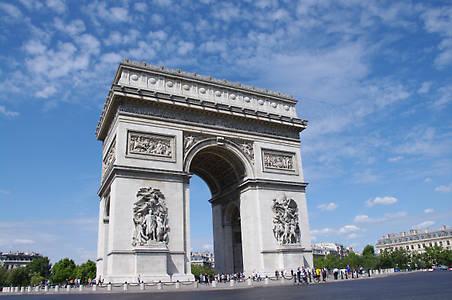 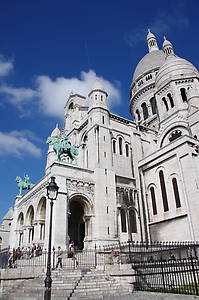 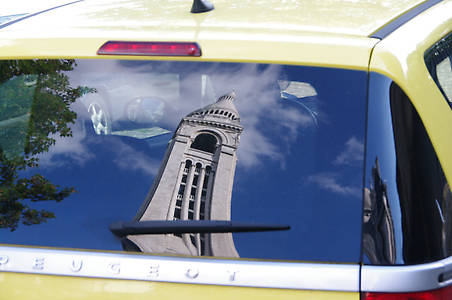